If you’re up on stage, chances are that you’ve just been introduced.

One of the very early piece of advice I was given when I started out speaking at conferences has stuck with me the whole way though. It’s so simple and yet I see countless speakers on stage who either have never been told this, or with the many things you need to think about before going on stage, just forget. Speakers - remove your name badge!

Every conference attendee and speaker has a lanyard around their neck with their conference pass proudly announcing their name. Not only is it essential for conference staff to see who should be in the venue or not, it’s super handy for glancing at to remind yourself of a person’s name as they warmly greet you like an old friend. But as a speaker, you shouldn’t wear your conference lanyard and name badge on stage. Here’s why. 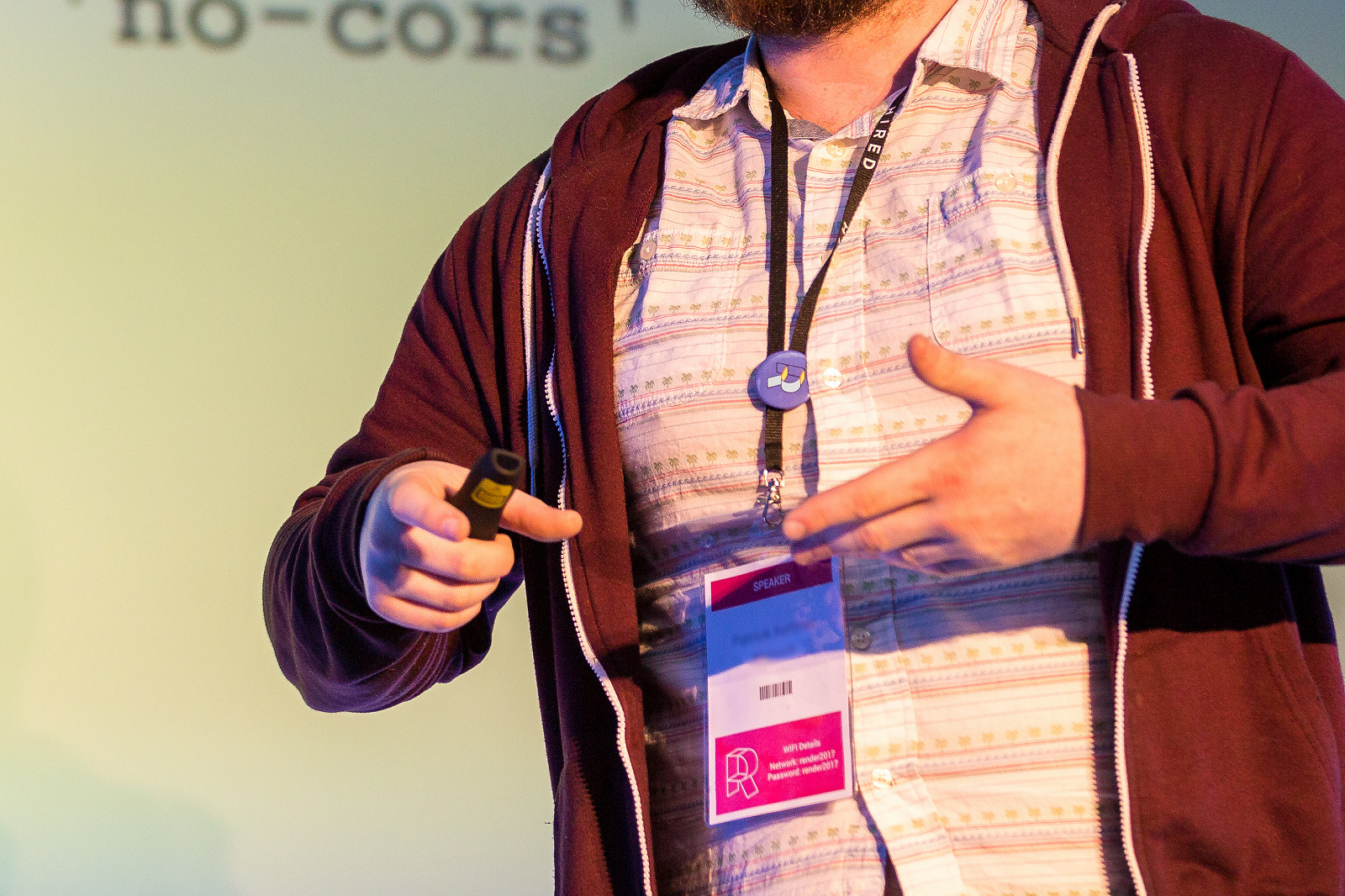 We all know who you are

If you’re up on stage, chances are near 100% that you’ve just been introduced, and the audience is fully aware of who you are. What’s more, you’re likely to spend at least a brief moment at the beginning of your talk introducing yourself by way of framing your qualifications for spouting the wisdom you’re about to impart on the assembled masses.

If a third backup were needed, the conference schedule will list your name (attendees may even have this as part of their own name badge hanging around their neck) and the conference website will gladly reaffirm to any doubters that you are, in fact, you.

Even if the audience could read your badge at that distance, you simply don’t need it. We know who you are!

Picture the scene; a large conference hall filled with a few hundred people all wearing identical lanyards around their necks. The stage is set, you’re introduced, and you step forward, also with a lanyard around your neck. You’re so of-the-people, right? Well, maybe, but you also can look like you’ve wandered onto stage accidentally.

Ditching your name tag is a subtle cue that you’re a bit different from everyone in the audience - you’re just that little bit special. This is a thought that no doubt makes any one of us cringe a bit, but it’s absolutely what the conference organiser wants to put across - they’ve sold tickets based on all their speakers being something special. Plus, you’re going to look a touch smarter without it.

It can cause audio issues

Although head-worn Countryman microphones are becoming more common at larger conferences, a great many venues still use the tried and tested lapel (or lavalier) mics that clip onto your shirt, jacket or tie. These are convenient and inexpensive but if you’re also wearing a lanyard around your neck, can be problematic.

Lanyards tend to swing and jostle as you move, especially if you’re expressive on stage. This can create a distracting brushing noise against your microphone that you might not be able to hear but that your audience will certainly notice and be distracted by. If the presentation is being recorded for audio or video, the noise will be on the recording too, and it’s almost impossible to cleanly remove after the fact.

The only way an audio technician can fix this situation is to interrupt you on stage to remove your lanyard, and nobody wants that!

You can leave your hat on

So theres three very good reasons to take your name badge off before you next walk on stage. Make it part of your routine, and you can feel like you’ve taken a small step to being just a little bit more pro.

We love video! If you have a recording of yourself in action, you can add it right to your presentation page on Notist. You can even just add it instead of slides. We’ll give you a page listing all your videos, like a weird narcissistic TV station.

This is the blog post from Notist, a site for public speakers to share slides and build their speaking portfolio. Try it for free today.